And here you go my little audio friends:

The voices really make this shine.

Will AI kill Science as we know it?

Mike “Phronk” wonders if well-engineered Artificial Intelligence will end our need as humans to conduct science in the traditional sense.

Of seatbelts, of Sharpies, of things in your coffees.

You know, not all of my links are things I’ve found in the past week. I have a few favorite Internet WWWeb Site Pages that I revisit from time to time. Remember “Bookmarks” in Netscape Navigator? Who doesn’t!?!? Here follow some of those, and of course some new ish too.

How much is inside a Sharpie?
Putting Weird Things in Coffee
Europe Invents the Gypsies
A Well-Packed Backpack
Mary, Mary
The Gender Genie
Komar & Melamid
Behavior change in the funny papers
NYPD Drones artist arrested
Renewable energy in January 2013 in the USA
Maddie on Things
The Exorcist in 30 seconds, re-enacted by bunnies
Outline of motorcycles and motorcycling
Glenn Curtiss
Community currency & how to start one
Vexiollology
Baked goods naming differences between the US & the UK
Shoelace tying methods 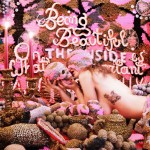 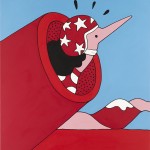 If you’re in the Nyc area tomorrow, Saturday the 23rd, Jonathan Levine Gallery has a couple of decent looking openings. Don’t really know much about Olek but she seems to be kind of bad ass and have some pretty interesting stuff. And Parra is still doing Parra with his iconic 70′s cartoon type style.

Some Recent Reads: Fresh Off the Boat: A Memoir & City Kid: A Writer’s Memoir of Ghetto Life and Post-Soul Success 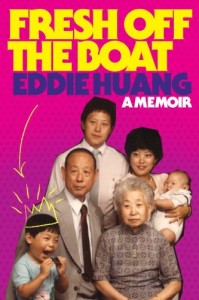 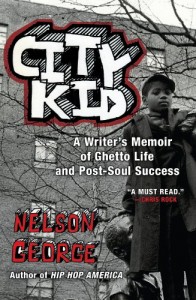 Apparently the literary gods declared the past couple of weeks as a time to read hip hop memoirs. Fresh Off the Boat: A Memoir

by Eddie Huang was first up, followed shortly by City Kid: A Writer’s Memoir of Ghetto Life and Post-Soul Success

by Nelson George. Both deal with coming of age in a time of hip hop, although at very different times (Grandmaster Flash & the Furious Five Vs. Wu-Tang Clan). Likewise they both center on being ‘the other.’ Whereas Nelson wasn’t black enough, comics weren’t so cool in the projects, or too black, he was a pioneering ‘black’ music journalist at primarily white establishments, Huang was either too american or not american enough. Huang was a hip hop kid with chinese parents but living in a vanilla void of Florida; his dad ran a steak restaurant but had to hire a white kitchen head cuz no one trusted a chinese guy for anything but take-out american chinese.

The main thing these two have in common is not only being different but owning it and not being afraid to be different. In both of their cases adversity has only pushed them that much harder to become trailblazers. The cream rises to the top, solid reads.