Krink/Montana Fire Extinguisher In A Can- The K-750 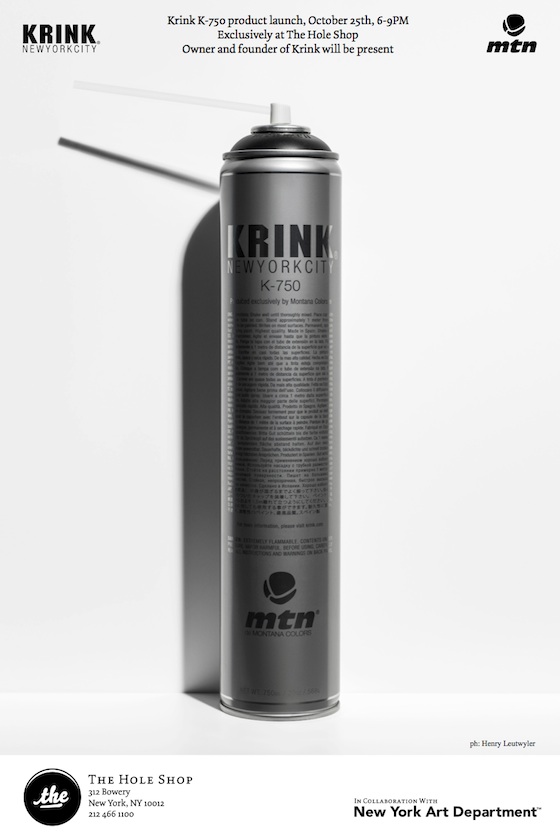 Damn, a lot less conspicuous than hauling around an old fire extinguisher.

The fine folks at Artillery Magazine say “This video could change your life…if you let it.” I say let it! Graffiti expressionism, these guys are ballin out. Haha.

To me graffiti has always been about expression and you can’t get too much more expressive than this. I put this right up there with straight up letter pieces and a lot more fun than a good amount of them too. Practice the history but keep pushing it forward likewise.

I’m going to call this out and say this looks like a corporate stunt, looking to mooch publicity off of the “controversy” of “street art” (all quotes specifically intended).

I personally approve of making dough off of anything. Especially street art. Co-opt to the max. But I’m also pretty broke and would just like the money.

[ed. note- just realized this is outside a gallery in Paris. Same thing, all of the above still applies.] 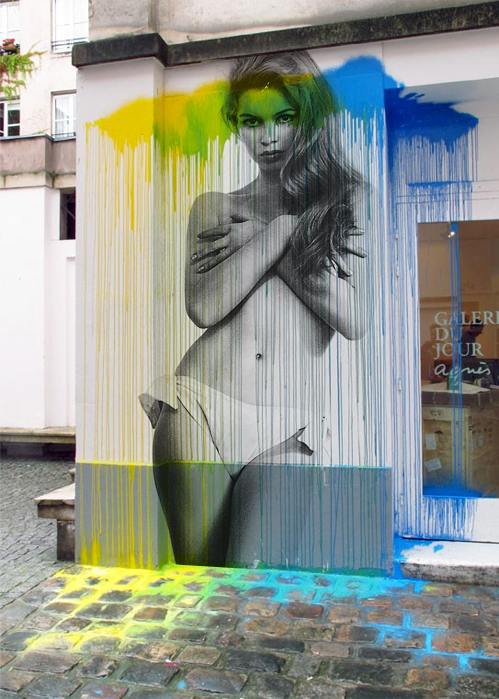 END_OF_DOCUMENT_TOKEN_TO_BE_REPLACED

Smash 137 is one of my favorite, prolific graf writers. His letter styles and color combos are so versatile and numerous yet he still completely hones his own style. Props to a true style master. Who is the Patron Saint of Spray Paint? 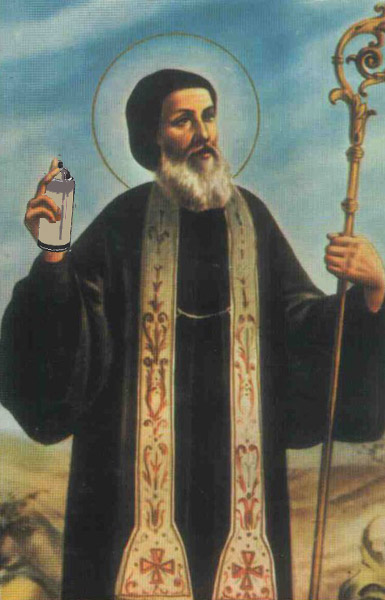 I have often wondered, who was the first human to think drinking milk was a good idea? Why would someone see white fluid oozing out of an animal and even have the thought that it’d be a good thing to drink? Along the same lines who was the first to have the idea to roast animal flesh over a fire? I understand getting hungry and thinking animals might be good to eat but who took it to that next level and what made them think it was even a good idea to try? It’s genius and in hindsight seems so second nature and not at all some ridiculous crazy idea. (Vegans don’t start, it’s a separate issue)

This got me to thinking of other genius ideas that now seem so obvious. Spray paint. It’s so greatly taken for granted but who took that evolutionary step to dream of the combination of paint and aerosol? Enter Edward Seymour in 1949. Although supposedly it was his wife’s idea (ladies, holla) and he put it into action. And the first color, aluminum. So we definitely have them to thank for those classic silver fills.