Last week ?uestlove kicked off a 6 part series of essays on Vulture.com called When the People Cheer: How Hip-Hop Failed Black America that takes a look “at hip-hop’s recent past, thinking about its distant past, and wondering about the possibility of a future.”

You know it’s good when when he start’s off with quotes from John Bradford, Einstein, and Ice Cube (from his N.W.A days). And though the title focuses on Black America it’s really all about how hip hop rose from a black culture and has morphed into a mass culture dominating the mainstream with music and style. Along with that integration into the mainstream a lot of the fury and counterculture hip hop was built on has been diluted and turned back on itself, using it’s own power to ultimately subjugate itself.

Granted, the argument isn’t that easy or cut and dry. Being so accessible to mass culture has diluted the original invigorating elements but that’s still mostly only in the hip hop you’re going to ultimately find in pop culture. If you dig, it’s still there, there’s just more crap you have to dig through. I digress.

So far the first essay is incredible and even if I have arguments with some of the things ?uestlove says he puts things in a masterful way that lends themselves to debate and give and take as opposed to an all determinate I am right, you are wrong. ?uestlove, enigmatic drummer and hustler of culture.

As Lester Freamon from “The Wire

You follow drugs, you get drug addicts and drug dealers. But you start to follow the money, and you don’t know where the fuck it’s gonna take you.

The State of Working America has created an interactive chart that allows one to see how growth in average income was shared between the richest 10% and the other 90% of Americans. It’s a very cool tool and here is a chart that I created that should explain pretty quickly why there must be higher taxes on the rich. 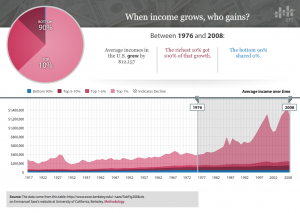 For extra credit make charts that use historical tax rates to see what lower taxes on the rich has done for the other 90%. 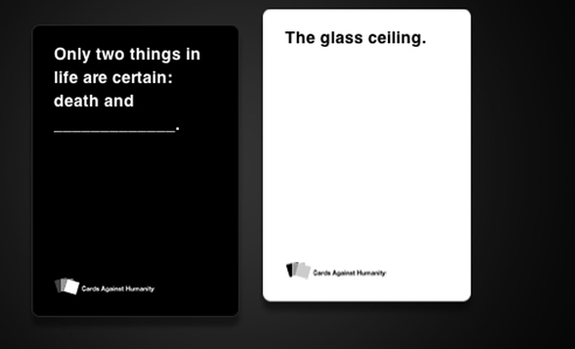 I read an article on Slate.com that pointed out many politicians appear to have “daddy issues.” This really shouldn’t come as a surprise. While in office politicians often have to deal with neglectful, absent and abusive fathers.

Lobbyists play both sides of the aisle, show up randomly and hope that the money they give you will make up for lost time and try to sway you to support their cause. They are similar to the dads who say, “Don’t tell your siblings but you are my favorite and I think you have the best chance.”

The financial industry conjures up images of a strung out dad showing up saying, “If you just help me out, just this one time, I’ll quit.” Only to come home six weeks later to find that’s he’s fenced your iPod.

The article implies that poor fatherly influences may have a positive impact on politicians by making them more sympathetic to others or thrusting them into leadership roles early in life. The other possibility mentioned is that their childhood creates a need to be loved.

I’d argue that it just nurtures a continuation of the neglect and abuse they suffered as children.

Golfing The Length Of Detroit

Stephen Dubner posted this video, about a reporter (Charlie LeDuff) who literally golfs the length of Detroit, on the Freakonomics blog and asks-

“Is it a) one of the most interesting pieces of reporting you’ll ever see? b) a kind of cultural criticism that almost never shows up in mainstream journalism? c) a golfing adventure that even the most adventuresome golfers have never considered?

Detroit is such a great, interesting piece of America and it’s continuously on the precipice of renaissance or mad max thunderdome-ness. This video is an ingenious, wacky call (plea) to greatness.