Common Folk Collective is very excited to present “The Not Yet- Our Disastrous Future” Art Show, a collaboration between visual artists and their interpretation of a literary passage from Moira Crone’s new novel The Not Yet set in a future New Orleans. As one of the many artists, thos One says “I was initially really intimidated by the idea of somehow finding a way to do visual justice to the futuristic, ethereal, dystopia of Crone’s prose. But then it just kind of crept into my subconscious and gave my piece its aesthetic punch. I totally got into.” A collaborative art show like this between an author and international artists (Brazil, Poland, UK, Spain, Germany, U.S.) who’d previously been unknown to one another can be daunting and risky but also offers a reward in equal. And the gamble paid off. There’s something so positively electric and inspiring about seeing such diverse interpretations that diverge yet continue the common thread throughout.

And if the quality and talent of the art wasn’t as impressive as it is, it’d almost take second seat but thankfully idea and execution here meld together harmoniously, feeding into one another as opposed to fighting against. The pieces all add such dynamic strength to the project as a whole.

Please contact the artists about purchasing their art (or for illustration work) and definitely be sure to check out The Not Yet and come back to Common Folk Collective often for more schooling and debauchery. Cheers!

Japanther are the homies. Matt and Ian are cultural populists that rip sh*t and do art and punk without borders or restrictions. They have the ‘I don’t give a f*ck’ attitude but it’s in the sense that regardless of whether or not you care, they’ll keep trailblazing and putting on amazing shows and creating community. Beets, Limes, and Rice is awesome. Got mine on transluscent orange vinyl!

Just in Time for the Weekend

From Good Magazine’s blog, where good things happen, comes some helpful hints for the hobby drinker. Us daily drinkers are pro’s and never get hangovers. I lie. Still get them and they seem to get worse with age. So, this list can help us all. My favorites out of these cures are the sex and the coconut water. Sometimes together.

10 Healthy Ways to Help a Hangover While it’s not something I’m proud of, I’ve got plenty of hangovers under my belt. See, despite all of my healthy practices . . . I’m just not that great at saying no to that third or fourth drink once I get going. Bless those of you who are—and damn those of you who are immune to hangovers altogether!…
END_OF_DOCUMENT_TOKEN_TO_BE_REPLACED

I’m always trying to think of ways to push photography forward beyond just the reproduction of an image on a 8×10 piece of glossy paper. Usually I hit a brick wall. Then I come across works of obvious genius such as the art of Noemie Goudal. She interjects the flat into the 3-d and vice versa, juxtaposing what was, what could be, or what it will return to be. But most of all it just looks fresh! END_OF_DOCUMENT_TOKEN_TO_BE_REPLACED

Inspiration for The Not Yet Art Show

The passages from Moira Crone’s The Not Yet that inspired this collaboration:

1. Very Old Mice
Mice that should have had a life span of 36 months were living twelve years. His discoveries were based upon the work of many before him. He relied upon metabolic manipulation studies that went back thirty years and more—the simple observation that animals on a low caloric intake lived longer. In the 1980’s, starting with a combination of therapies involving his original “cellular rinse” procedure, endocrine manipulations and nano level monitoring and feedback, Albers initially developed a method of periodic holistic treatments that could be regulated to postpone the onset of age-related conditions virtually forever.

2. New Orleans Islands
“It had been two and a half years since I’d seen the city and at that time, the Sky Rail system had still been working reasonably well. Now it was half-submerged. END_OF_DOCUMENT_TOKEN_TO_BE_REPLACED 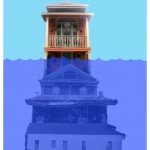 thos aka thosalumpagus aka totally thomas aka “fill in the blank.” Help me reach my goal of finding a new place to call home by my birthday (+/- a couple weeks), May 24. I am intrigued by Argentina, Brazil, Mexico, Spain, Berlin, anywhere in Asia, exotic Baltimore, or any other places you might suggest. Who wants me to be their new neighbor?!?
I also happen to be into graffiti, photography, illustration, all things hip hop, and creativity in general. And I’m part of the Common Folk Collective. My Flickr page. Boooom. 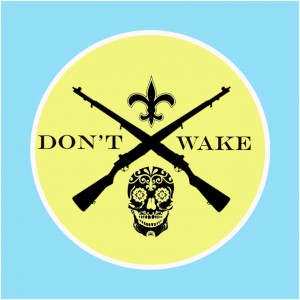 Category: Art, featured, The Not Yet, Thos | Tags: art show, common, folk, one, the not yet, thos, thos One
« Older Entries