The RZA as The Man With the Iron Fists

As someone who could probably recite the entire Enter the Wu-Tang album from memory. I’m excited about this movie. I’m really hoping that the sound track will be done by the RZA and have a return to the dirty gritty beats of yesteryear.

END_OF_DOCUMENT_TOKEN_TO_BE_REPLACED

More in honor of women that deserve their due, here’s a flick of one of the Queens of Hip Hop. Like I said, just cuz. 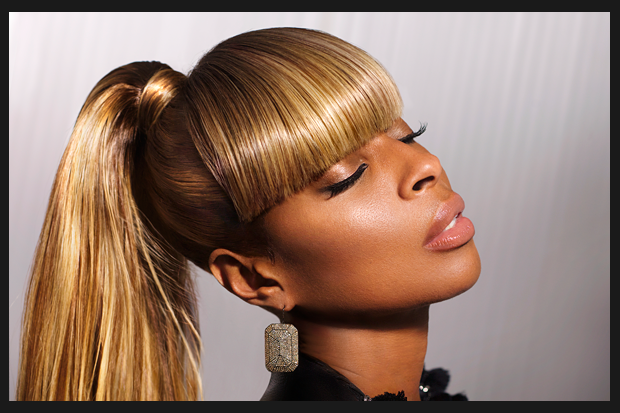 Kehinde Wiley: An Economy of Grace Mr. Wiley is back with the same style, different subject. Some may have said “Okay, his portraits are epic and novel in the treatment of their subject matter and decorative background, but where does he go from here?” (I said this, I wasn’t sure how he could move on or what his next step would be w/o being redundant.) Well, it was one of those obvious ones, instead of doing classic portraits of men taken off the streets of Harlem, do them of men from around the world, such as the political hotbed of Israel and Palestine. Good, but still men and too similar. Boom. He goes back to the streets of nyc but flips the script and changes the subject matter to the female. The ladies get their due, their well deserved due. Enter, “An Economy of Grace,” his latest show at Sean Kelly Gallery in New York.

END_OF_DOCUMENT_TOKEN_TO_BE_REPLACED

For the Star Wars Heads

This captures the sadness of what happened to the Star Wars of my youth.

Song of the Week – Oddisee – Ready to Rock

Now for a little local DC flavor, this week the song comes from local hero Oddisee “Ready to Rock”

Make sure to pick up this album I did and I don’t regret it for a minute.

Summer Playlists From ?uestlove and Others Vulture.com makes it easy for us to do what many of us are too lazy or busy to do for ourselves, the summer playlists. And they hooked it up so you can can listen to them. So pretend you’re friends with these talented folks and that they made them just for you.

These friends include Bobby Womack, Animal Collective, Santigold, Kreayshawn, Hot Chip, and more. Check out full playlists here. And ?uestlove wants you to check out his annotated list.