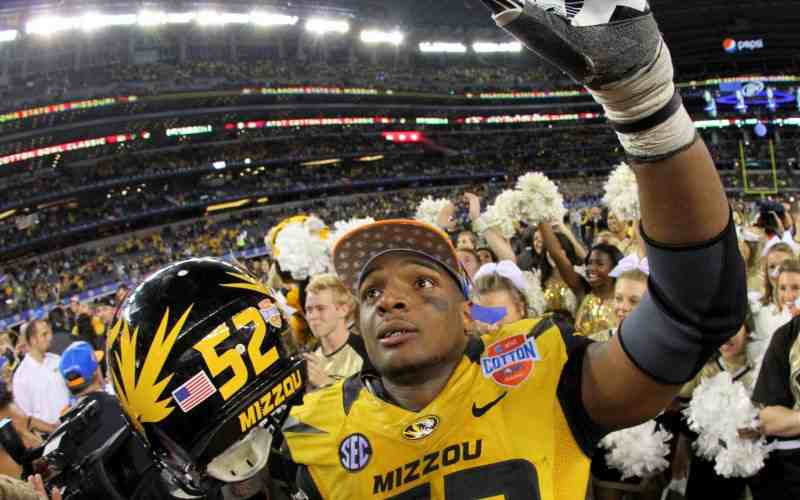 Michael Sam is set to be the first openly gay player in the NFL next fall, assuming the Four Horsemen don’t appear and he doesn’t get drafted. Sam was SEC Defensive Player of the Year and first-team All American in 2013.

So, I begrudgingly give him whole-hearted support and admiration. Why begrudgingly? Because it’s sad that it still takes so much courage simply to admit who you are, it should be a non-issue. Hopefully more and more people like Sam will keep bravely standing up for themselves and almost as important, that people will continue to support him and others until sexual orientation is accepted across the board.

Who Pays More in Taxes, You or the NFL?

Leading question of course, the answer is you (if you paid anymore than $0 in taxes). The NFL is a tax exempt, not-for-profit organization.

Granted it’s not quite that cut and dry, revenue collected from merchandising and the NFL network falls under NFL Ventures which is taxed as well as the fees the NFL League Office collects from the 32 club teams. I will also be the first to admit that I am far from being an economist but there still seems to be something wrong and shady here.

The NHL and PGA also fall under this status (the MLB gave up the status in 2007 and the NBA has never been tax exempt) and the Congress’ Joint Committee on Taxation recently estimated that taxes collected from the NFL and NHL would be more than $10 million a year.

I learned about this incidentally because some members of congress are trying to levy this status as a pressure for the NFL to change the racist name of the Washington Redskins.

“Most Important NFL Commercial to Date!”

This is a pretty great commercial for all those who think the whole sports mascot racism isn’t an issue and too much of a fuss is being made over it. This spot speaks for itself, watch to the end. Kudos to the National Congress of American Indians (around since ’44) for putting this together-