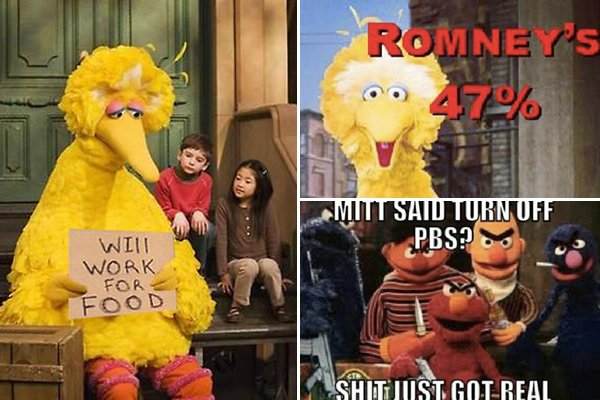 On a somewhat related note, my mother, who is a nice, moral, educated, white, christian lady used planned parenthood for (gasp!) family planning and other women’s health related issues. I know, it’s crazy that they don’t actually just hand out free abortions to everyone!

Common Folk Collective’s top secret political operative has some inside news on Mitt Romney’s potential VP pick. Romney has narrowed the list down to two candidates, the Planter’s Peanut Guy and the Monopoly Guy.

Each choice has strong credentials. Peanut has been involved in social circles since the early 1900s and was part of a program to provide low cost meals to workers. He also showed bipartisan support by working with Jimmy Carter, a long time ally, on trying to bring peace to the Middle East. Monopoly has been a staple of the NY real estate market and by building hotels all along the East Coast has a track record of creating jobs.

Both candidates also come with baggage that could cost Romney as well. Many people are allergic to Peanut and his close association with Kraft Foods doesn’t help Romney’s Wall Street association. Additionally his close association with Jimmy Carter may cost some Tea Party votes. Monopoly on the other hand is viewed by some as a fluff candidate because of a second place finish in a beauty contest. Monopoly has also been know to take over whole neighborhoods building luxury hotels and charging exorbitant rent. Monopoly will also have to likely explain his use of the get out of jail free card.

Don’t forget to pick up your very own copy of George Romney’s biography. As drab as it may sound, it’s really a fascinating read about a forward thinking man with progressive ideas about politics, race, and capitalism. Andrew Sullivan from the Daily Beast says “In many ways, George Romney shows what capitalism can achieve; and Mitt Romney reveals how degenerate so much of it has become.”

Romney’s Way: A Man and an Idea

*Ed. note- Looks like Romney went with the peanut

I came across a story about Republicans feeling uncomfortable at the National Education Association’s convention because of the open endorsement of Barak Obama. I’d like to address this issue on two levels.

First the NEA is a union that fights for the rights of teachers. The Democrats have traditionally fought for education while the GOP has stymied it. So the endorsement should come as no surprise. Imagine if a member of PETA complained about feeling uncomfortable at the yearly meeting of the National Cattlemen’s Beef Association. The response would be “So what you knew that going in the meeting.”

The second issue is the GOP whining about “feeling uncomfortable.” I call bullshit on this. You know what’s confortable?

To further embolden why the NEA would endorse Obama and why if you are at the NEA convention you should too is that Romney, the current front runner for the GOP nomination, has said in his book “No Apology: Believe in America

” that unions like the NEA “a deadening impact on student achievement.”

So to paraphrase Suicidal Tendencies “If I may you uncomfortable, oh I’m sorry, but maybe you need to be uncomfortable.”

Suggested reading:
The Mis-Education of the Negro

History shows that it does not matter who is in power… those who have not learned to do for themselves and have to depend solely on others never obtain any more rights or privileges in the end than they did in the beginning.